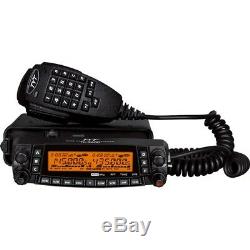 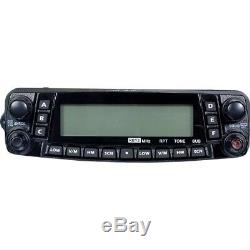 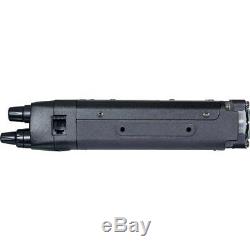 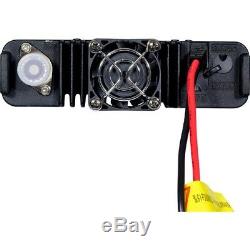 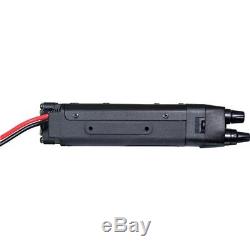 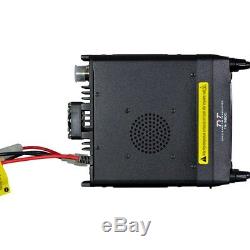 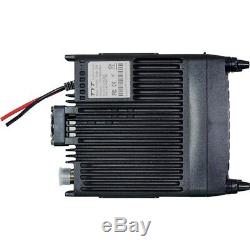 Why settle for two bands when you can have four? With the TYT TH-9800 Quad Band UHF/VHF mobile two way radio, now you can! The TH-9800 is a powerful transceiver with the high end features you expect from a TYT mobile at a low end price.

It is also a V+U cross-band mobile repeater with full duplex capability. It has a built-in 76-108Mhz FM radio, 800 memory channels with independent settings for each channel, user defined CTCSS and DCS codes, and 8 group voice scrambler.

It also features a built-in fan to keep things cool while in operation. The TH-9800 is loaded with extras, such as Automatic Repeater Shift (ARS), programmable memory scan, tone search scan, and DTMF signaling. It also includes Auto Range Transponder System (ARTS), a feature usually found on many Vertex Standard business radios. TYT also equipped the TH-9800 with the large, dual frequency LCD display found on many of their other mobiles, plus a full featured backlit DTMF keypad on the handheld microphone. The front panel is detachable and can be relocated separately from the radio chassis.

The included extension cable allows you to install it just about anywhere in your vehicle so you can have it right where you need it. For your convenience, an optional USB programming cable (Model TYT-PROG-MBL) is available to program the TYT TH-9800 from a computer. 40W (UHF)/50W (VHF) Transmit Power. V+U Full Duplex Operation and Cross Band Repeat Function.

This item can be shipped worldwide.