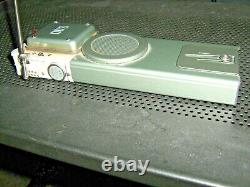 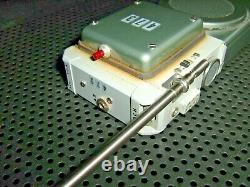 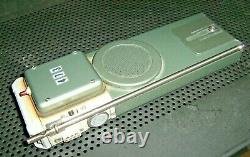 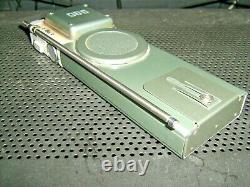 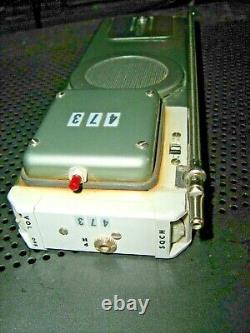 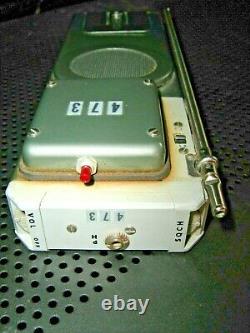 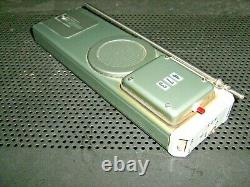 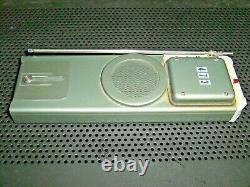 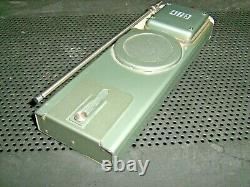 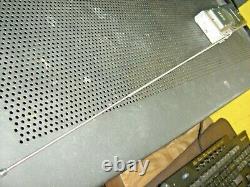 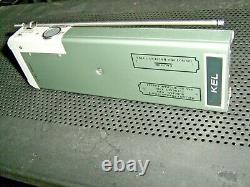 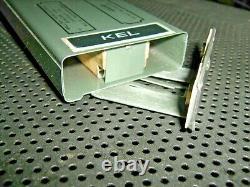 Good - Very Good Cosmetic Condition. We've All Seen At Least A Few Bell & Howell Versions. But This Is The ONLY Example From This Brand, That I Have Ever Seen.

The Construction Seems To Be Nearly To, If Not Identical. Compare With Other Pocket Mates Around The Web. Comparatively, This One Has Had Quite The Easy Life.

Please Examine All Of The Pictures. And Feel Free To Ask, Ask, Ask Questions! The Pocket Mate was GE's first actual hand-held radio and designed to compete with Motorola's HT-200 which had been introduced in early 1963. The Pocket Mate is believed to have been introduced about 1965 and is much smaller than competitor Motorola HT-200.

The Pocket Mate is almost as bizarre in appearance as the Voice Commander or the Accent 450 radios. A peculiar captive telescopic whip antenna was permanently attached, and flipped upwards on the side of the radio to a vertical orientation.

The round speaker in the front center also acted as the microphone, a design flop repeated by many designers over and over again throughout the 1960's and into the early 1970's, including the Motorola HT220. A round push-to-talk button near the top on one side completed the strange appearance of this ugly two-tone radio. The Pocket Mate was made only in VHF versions and is rare. They were also made under Bell & Howell and Kel-Com brand names in a dark, solid gray color style. The Pocket Mate was the radio found in the possession of the Watergate burglars during the famous Nixon era Watergate debacle.

The Pocket Mate and its relabeled versions are very rare today. This item is in the category "Consumer Electronics\Radio Communication\Walkie Talkies, Two-Way Radios".

The seller is "oscarrobinson" and is located in this country: US. This item can be shipped to United States.